Issued Friday, 21st October 2022.  Research carried out on behalf of Coillte by RED C into public attitudes to Coillte’s new forestry strategic vision shows that there is an almost universal view among the general public that Irish forests are important in helping to address the climate crisis.  In April this year, Coillte, the semi-state forestry company, announced a new forestry strategic vision which aims to deliver multiple benefits from its forests and bring more focus to climate action, setting ambitious new targets on biodiversity and recreation, while continuing to deliver for the forest and wood products industry.  The new approach aims to sustainably balance and deliver the multiple benefits from Ireland’s state forests across four strategic pillars:  climate, wood, nature, and people.  RED C has independently analysed feedback from both Coillte’s public attitude survey and Coillte’s public consultation process, completed during summer 2022, which was part of Coillte’s commitment to consult widely with key stakeholders on its new strategic vision.

In response to the RED C survey, conducted among a nationally representative sample of adults in June 2022, combined with the response to Coillte’s public consultation process, there is an almost universal view that Irish forests are important in helping to address the climate crisis.  There is a strong degree of support for planting more trees and increasing forest cover with 4 in 5 Irish adults in the RED C survey agreeing with this, while support is even higher in the public consultation.

In terms of climate mitigation, there is overwhelming support for planting trees such as broadleaves that provide a long-term store of carbon. There is also strong support for conifers among the general public, with 75% of respondents agreeing that planting conifers that grow quickly and capture carbon at a high rate, is important for climate mitigation.  Opinions on conifers are more polarized among respondents to the public consultation.

While 45% of those who responded to the public consultation believe Coillte’s ambition to create 100,000 hectares of new forests by 2050 doesn’t go far enough, 44% of the general public believe this ambition is just about right.

The majority agree with Coillte’s ambition to redesign (rewetting or rewilding) peatland forests where they present a significant carbon emission risk.

An overwhelming majority believe that Irish forests are important for nature and biodiversity.

​Similarly, there is almost unanimous agreement that Coillte has a role to play in addressing the biodiversity crisis.​ However, there is relatively low awareness that approximately 20% of Coillte’s estate is already managed primarily for biodiversity, especially in the public attitude survey.

​There was a divergence of views on Coillte’s ambition to ensure that half of the 100,000 hectares of new forests will be native woodlands, with the majority of respondents to the public consultation agreeing that this was too little, while 51% of adults from the general public agreed this ambition was just about right.

A majority of Irish people believe that Irish forests are important in supporting the construction of sustainable homes.

There was also a high level of endorsement with almost unanimous agreement (at least 4 in every 5) for Ireland to be self-sufficient for its timber requirements, that wood should come from independently certified forests and that Coillte should innovate and promote wood products to support the bioeconomy and de-carbonise our built environment.

Forests are seen by the public as hugely important in terms of providing spaces for both outdoor physical activity and also for mental health and wellbeing. In line with this, a strong majority agree with Coillte’s ambition to double the number of recreation sites to 500. ​Three in four believe that these new recreational forests should be located both near population centres, and in rural areas.​

Peace and quiet is rated as the most important feature of a forest site. Personal safety, along with welfare and exercise facilities are also deemed important as are map boards and way marked trails.  Adventure experiences and coffee or snack facilities are deemed of lesser importance.​

A strong majority endorse Coillte’s ambition to enable investment in world-class visitor destinations on the estate to support growth in tourism and recreation, while three in four believe that Coillte forests are important for rural employment and economic activity.

Over 4 in 5 respondents to both the public attitude survey and public consultation asserted that balancing the benefits of Coillte’s forests across the four pillars of Climate, Nature, Wood and People is important. Almost half of those who took part in the public consultation believed that Coillte’s ambitions were appropriately balanced, while almost 3 in 10 disagreed. One quarter had a neutral viewpoint.

Coillte’s new strategic forestry vision proposes a range of innovative actions designed to result in a total capture of approx. 28m tonnes of CO2 from the environment by 2050 across the four pillars of climate, wood, nature, and people.  Among the ambitions are:

Coillte is responsible for the management of 440,000 hectares of Ireland’s forests, which represents 7% of the country. Coillte’s purpose is to manage the state forests on behalf of the people of Ireland. Since its establishment in 1989, it has enabled the development of a vibrant forestry and wood products sector that supports rural employment throughout Ireland.  While sustainability has always been central to the way in which Coillte manages the forest estate, Coillte believes that the growing climate and biodiversity crises, as well as societal demands for housing, jobs and wellbeing, are driving a need for greater change in how we balance the multiple benefits of forestry.

Imelda Hurley, Chief Executive, Coillte, said, “We are very encouraged by the feedback from the Irish public, from both the RED C public attitude survey we commissioned and the public consultation process, which is overall very positive regarding our new forestry strategic vision and endorses our view that we are moving in the right direction. We developed our new vision based on our belief in Coillte’s ability to contribute positively to the climate crisis.  We have always managed our forest estate as sustainably and effectively as possible, and now we are keen to further enhance our contribution, with clear ambitions for afforestation, biodiversity, and developing more great spaces for people to enjoy.  Equally, it is very important that we maintain our focus on delivering sustainable wood products and that Coillte remains financially strong, in order to effectively deliver our new vision.”

Feedback from Coillte’s public attitude survey, public consultation and ongoing stakeholder engagement will be considered as part of the development of Coillte’s strategic vision.

Notes to the editor:

The public attitude survey was conducted by RED C, using their online panel between 9th and 15th June 2022. It was undertaken with a nationally representative sample of 1,007 adults aged 18+ living in the Republic of Ireland.

The public consultation was undertaken using a web-based survey which could be accessed via the Coillte website and was open for submissions from 24th May-5th July 2022. Respondents were provided with an information booklet outlining Coillte’s “Strategic Vision for Our Future Forest Estate” under the four key pillars of Forests for Climate, Nature, Wood and People. A total of 599 responses were collected via the online questionnaire which included both closed and open-ended questions with data analysis subsequently undertaken by RED C. A copy of the RED C research is available on www.coillte.ie.

Among the actions that Coillte proposes to deliver as part of this new forestry strategic vision announced in April 2022 are: 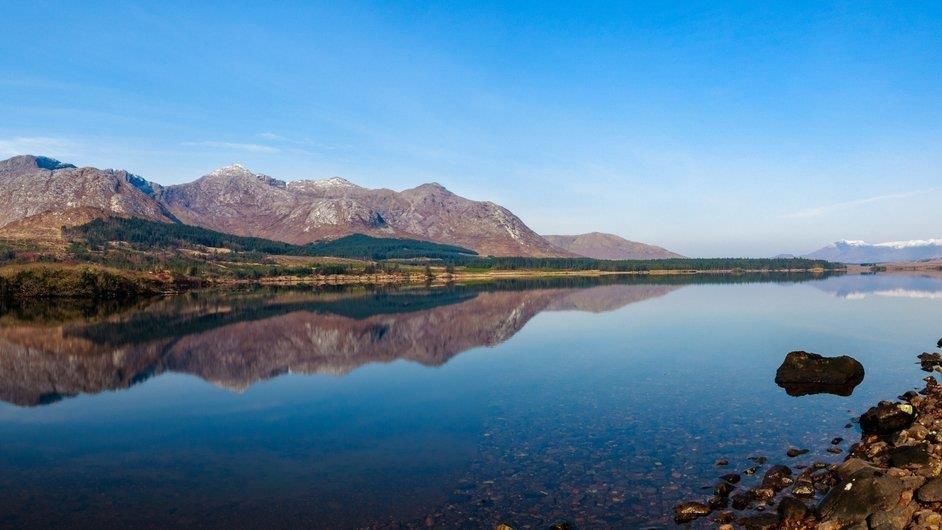 Phase 2 of the Dublin Mountains Makeover begins in Cruagh