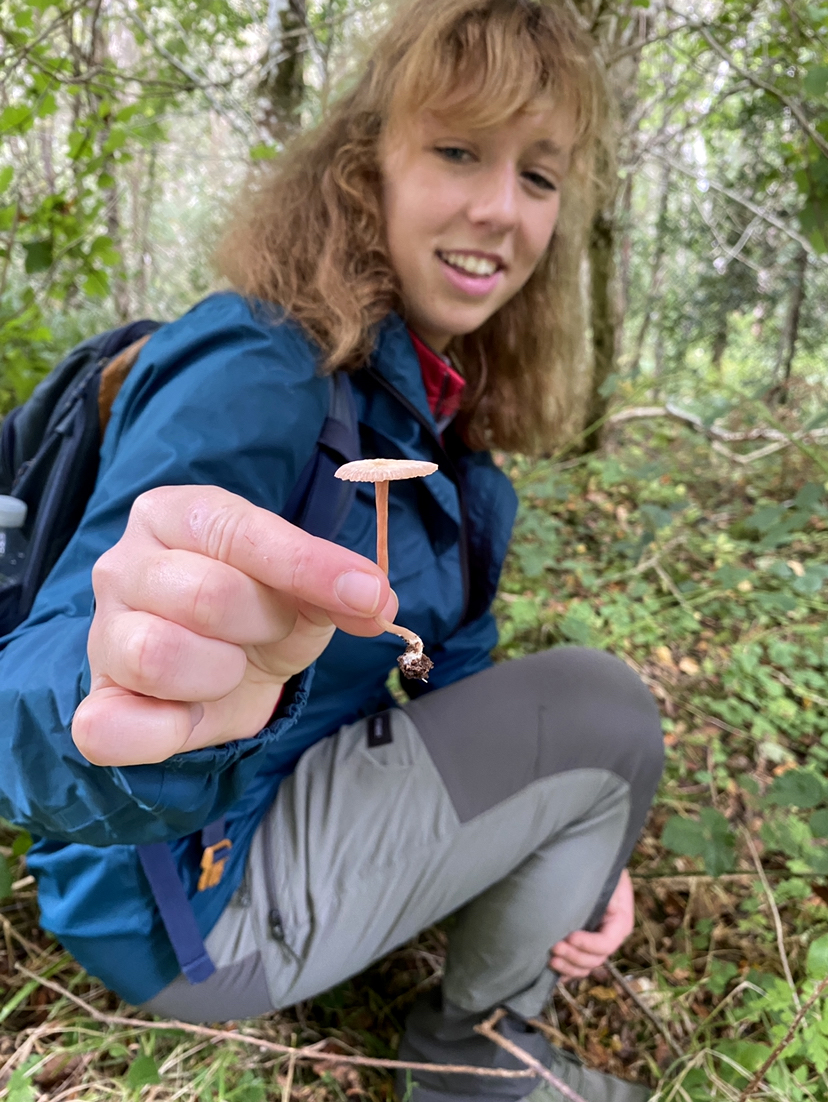 In late September Roisin Moore of Rhizocore Technologies met with some of the Coillte Nature team at a beautiful native woodland close to Westport in Co. Mayo. Rhizocore are doing some fascinating work and research into underground relationships between trees and fungi. This is a growing area of research, with new and exciting discoveries being made about these complex relationships between different elements of the natural world.

A fungus, or mushroom, is a funny creature. Not plant and not animal, but something in-between. Something to be wary of, but also potentially a tasty morsel, or just something beautiful to look at.

Roisin was at the woods that day to collect some sample specimens for a collaboration with the Nature Trust. The Nature Trust is a not-for-profit initiative backed by Coillte, set up to create new native woodlands at scale across Ireland. These new native woodlands are planted without synthetic fertilisers, to be managed for nature into perpetuity.

Rhizocore have an innovative offering in a product containing a tailored mix of fungal mycelia which will help newly planted saplings tap into a natural network of fungi, to enhance the growth of the trees and the carbon sequestration in the soil. Roisin will take away these specimen mushrooms and culture them, first in a solution and then in a growing medium. The inoculated growing medium will then be made into pellets, with one pellet added to the ground with each sapling at the time when it is planted out into a field.

The fungi grows mycelia, or thread-like structures which are best imagined as a sort of root – which connect both with the roots of nearby trees and also with the soil in which they grow. In exchange for carbon from the trees, the fungi provide the trees with micro-nutrients. These are nutrients which the fungi can access by breaking them down with enzymes, but that the trees may not have access to on their own.

We were looking for a handful of fungi species – mycorrhizal fungi to be specific, which means fungi that get their carbon from making relationships with photosynthesising plants (those which get their energy using the presence of light), usually trees. The trees that will be planted by the Nature Trust are native Irish trees like hazel, oak, and birch, so these are the types of trees that we searched around for fungi. Roisin commented that it was still a bit early in the season, as we had had quite a dry August and September, and really the fungi want it to be wetter before making an appearance. We can imagine the mushrooms as the fruit of the plant, and really the main part of the plant is not seen, a web of mycelia spreading out underground and only popping up here and there to fruit, release spores and reproduce. 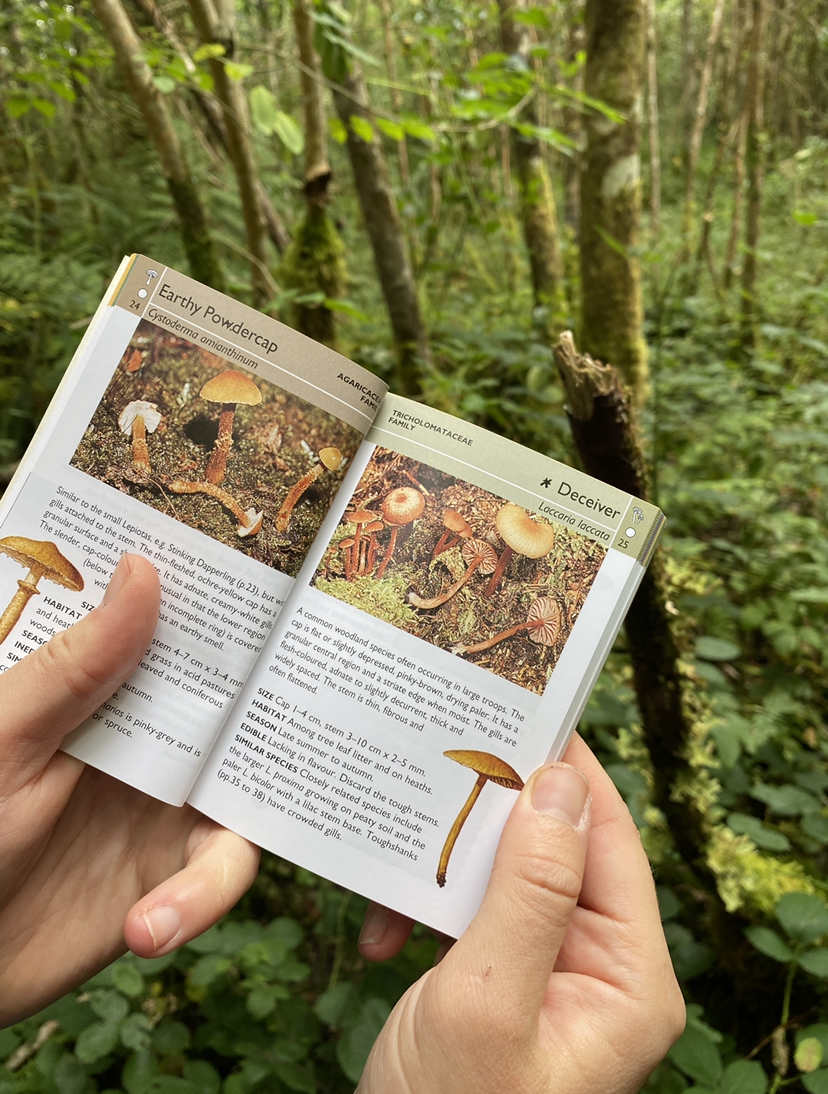 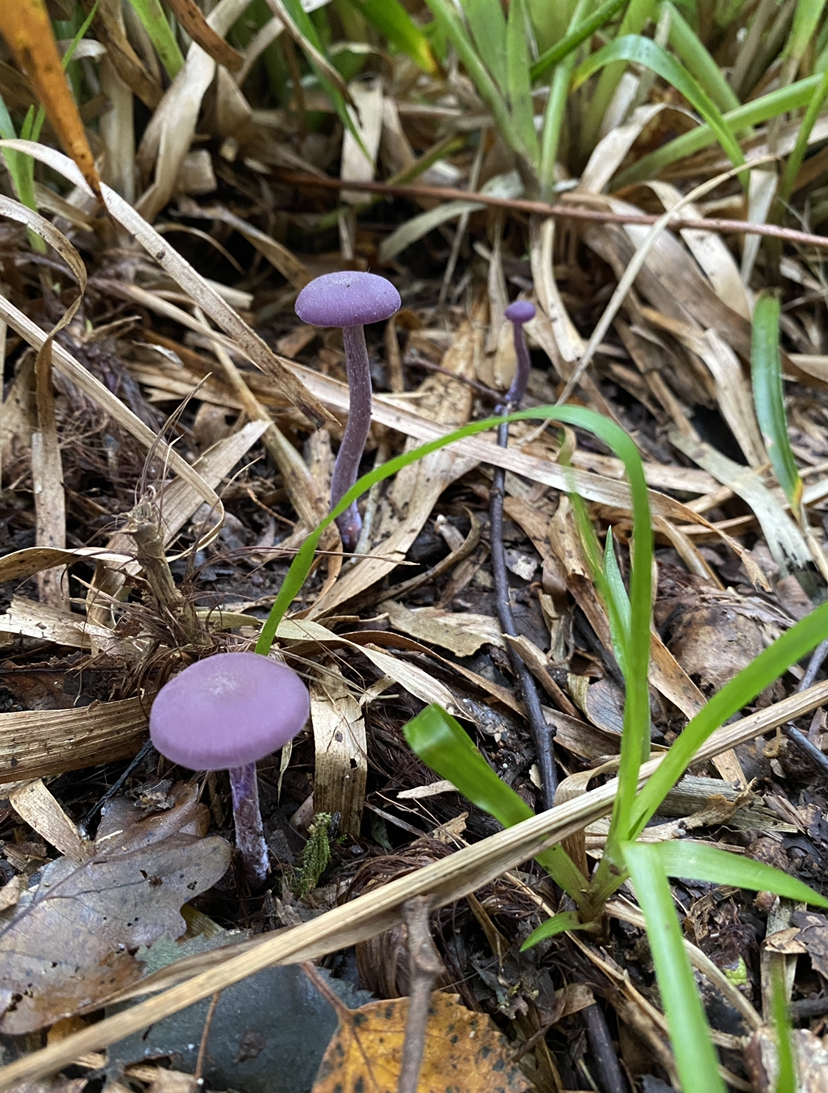 Nonetheless, we found some beautiful purple ‘amethyst deceivers’ below hazel trees as well as some less colourful types of deceivers. The ‘deceiver’ label is less sinister than you might think, and is said to be because these particular mushrooms lose their colour quickly as they age, which can make them difficult to identify.

Update: Roisin was back again at the end of October with Rhizocore founder and CEO Toby Parkes to join us at Brackloon Woods, near Westport for a short talk and an opportunity to join in a hunt for some fungi species that are suitable to be cultivated by Rhizocore for this project - thanks to everyone who joined us that day! We look forward to sharing more details about this project as it progresses. 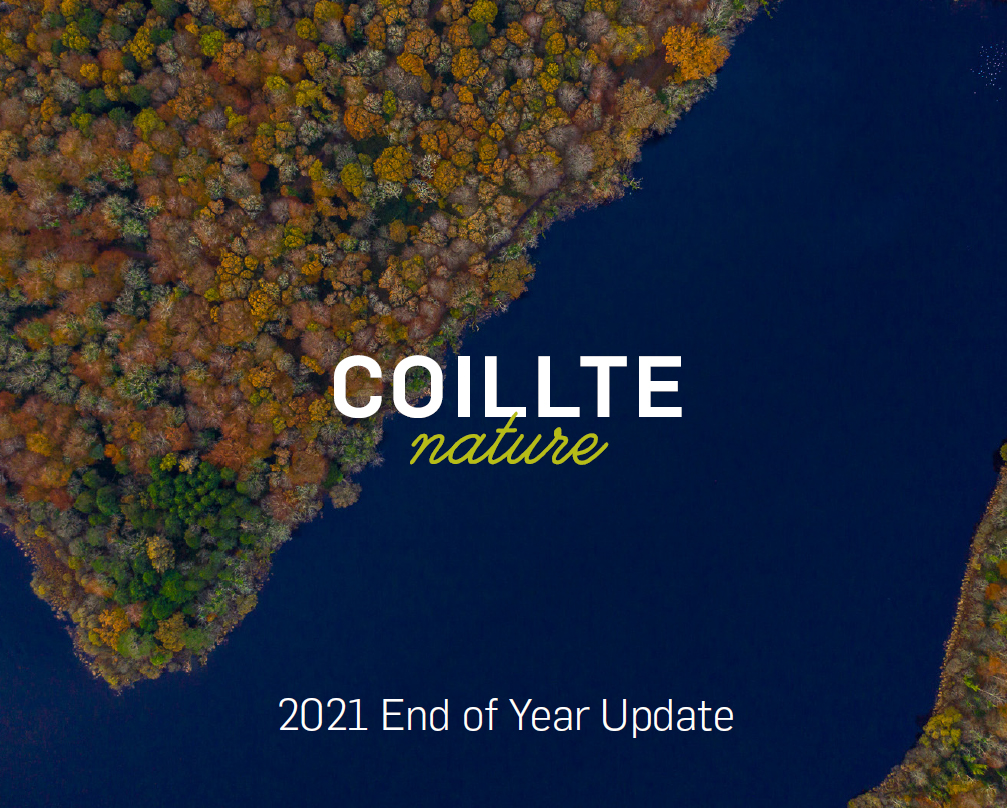 Coillte Nature 2021 Roundup and Message from the Director 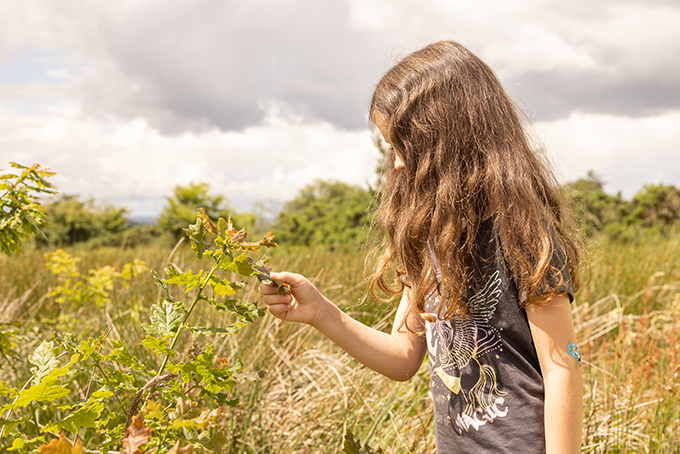