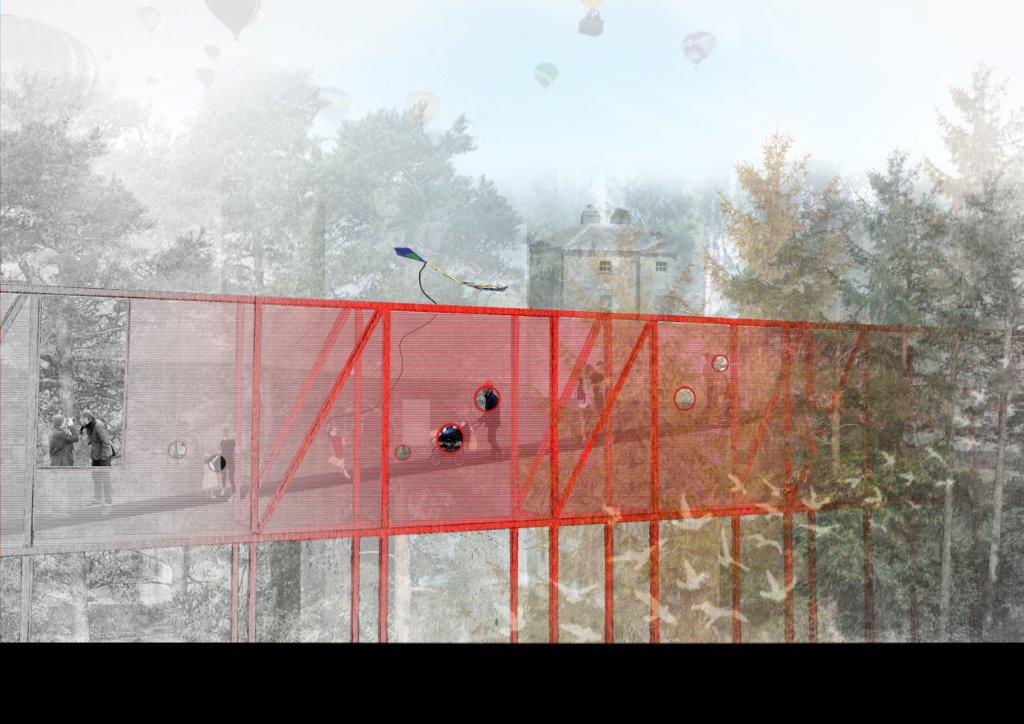 ‘A Place for Visionaries’

A total of €8 million will be invested in the re-development entitled ‘A Place for Visionaries’ set to open in 2021, which is supported by Wicklow County Council and is set to create a major boost for Ireland’s tourism industry.

Avondale was once the home of Charles Stewart Parnell, is now owned by Coillte and is considered the birthplace of Irish forestry.

The 500-acre estate was originally built for Samuel Hayes in the 1700’s who introduced exotic tree species into Ireland, right through to the state’s acquisition of Avondale in 1904, ultimately leading to Coillte’s formation in 1989.

Fergal Leamy, Chief Executive of Coillte, said; “We are excited to be embarking upon such an ambitious project that will place Avondale Forest Park as one of the country’s leading visitor destinations. Creating a unique space to socialise, enjoy and learn.

“We are committed to protecting the future of Ireland’s forestry, and supporting the next generation in understanding the important role trees play in contributing to our environment and national economy. This significant investment is only possible thanks to our continued commercial success.

“‘A Place for Visionaries’ will showcase all that Irish forests have to offer, demonstrating some of the leading-edge science and technologies used in the forestry industry today.”

Visitors will be able to explore two main themes; ‘At Home with the Parnell’s’ which will celebrate the life and times of Charles Stewart Parnell at Avondale House and ‘The Evolution of Forestry’ which will take a retrospective look through the history of the forest park from the 1700’s to present day and beyond.

There will be a state-of-the-art visitor centre on site that will offer a café and restaurant providing sustenance, before leading to Coillte’s ‘Evolution of Forestry’ installation and a breath taking 460m lattice walkway providing 360-degree views of the canopy and Avonmore River valley.

Paul Kelly, Chief Executive of Fáilte Ireland is confident this development will provide a major boost for the Irish tourism industry; “The re-development of Avondale House and Forest Park is hugely significant from a tourism and economic perspective for Ireland’s Ancient East and for the country as a whole.

“Fáilte Ireland has provided more than €6.1 million towards this re-development project which builds on our continued investment across Ireland’s Ancient East. We are confident that the re-developed Avondale House and Forest Park will attract a sizeable number of overseas visitors and domestic tourists ensuring Wicklow and the entire region benefits.

“Fáilte Ireland is proud to partner with Coillte on developing this major attraction that will entice visitors to stay longer and explore further. The development of this new world class visitor experience also provides a major opportunity for tourism businesses across Wicklow to leverage the significant investment in the project.”

Minister of State for Forestry Andrew Doyle TD, added; “As a local and as Minister with responsibility for Forestry, I am delighted to welcome this announcement for the re-development of Avondale House.

“Avondale House, which is often described as the, cradle of modern democracy and forestry in Ireland, will be brought to life with this development. Investment in a destination exploring the valuable legacy of Parnell and the great forestry resource of county Wicklow offers a unique experience for its visitors. Steeped in history and surrounded by the natural beauty of Wicklow, Avondale House has a special place in the heart of the people of Wicklow. Currently attracting approximately 30,000 visitors, Avondale has the potential to become one of the major tourist destinations, not only in Wicklow, but the entire Eastern Region.

“Last week was a significant week in Irish History, as we celebrated the 100th anniversary of the Dáil, and today we are announcing the re-development of the birthplace and home of Charles Stewart Parnell, one of Irelands leading political leaders.”

Minister of State for Tourism Brendan Griffin TD, said; “The exciting re-development of Avondale House and Forest Park, supported by significant Government funding, presents exciting opportunities for businesses and communities in Wicklow and across Ireland’s Ancient East to benefit from the additional visitors that will be drawn to this major new attraction. In terms of accommodation, food and transport facilities, I encourage communities and tourism enterprises across the region to be ready to take advantage when the re-developed Avondale House and Forest Park opens in 2021.”

The detailed design stages commence soon with an expected opening date of the re-developed Avondale House and Forest Park in 2021. Until then the public can continue to explore the many kilometres of walking and cycling trails, orienteering courses and recreation areas available at Avondale.

For all media queries or to arrange an interview with a relevant spokesperson, please contact; Jillian Garvey at Carr Communications jgarvey@carrcommunications.ie / 083 8919 583.

Coillte, Ireland’s largest commercial forestry company, manages approximately 7% of the country’s land. Coillte operate three strong businesses from this land - its core forestry business, a wood panels manufacturing business MEDITE SMARTPLY and a land solutions business. Coillte export to over 30 countries worldwide and in the financial year 31 December 2016 generated EBITDA of €98.3 million from its €1.5 billion asset. Coillte’s vision is to be the best forestry and land solutions company in Europe.

The Irish forestry sector supports 12,000 rural based jobs in Ireland, contributes approximately €2.3 billion to the economy every year and has the potential to double in size over the next ten years. Visit www.coillte.ie to learn more!

Fáilte Ireland, the National Tourism Development Authority, was established in 2003 to guide and promote tourism as a leading indigenous component of the Irish economy.

The tourism and hospitality industry is of critical importance to the national economy, with tourists spending €7.8 billion in Ireland and employing an estimated 260,000 people.