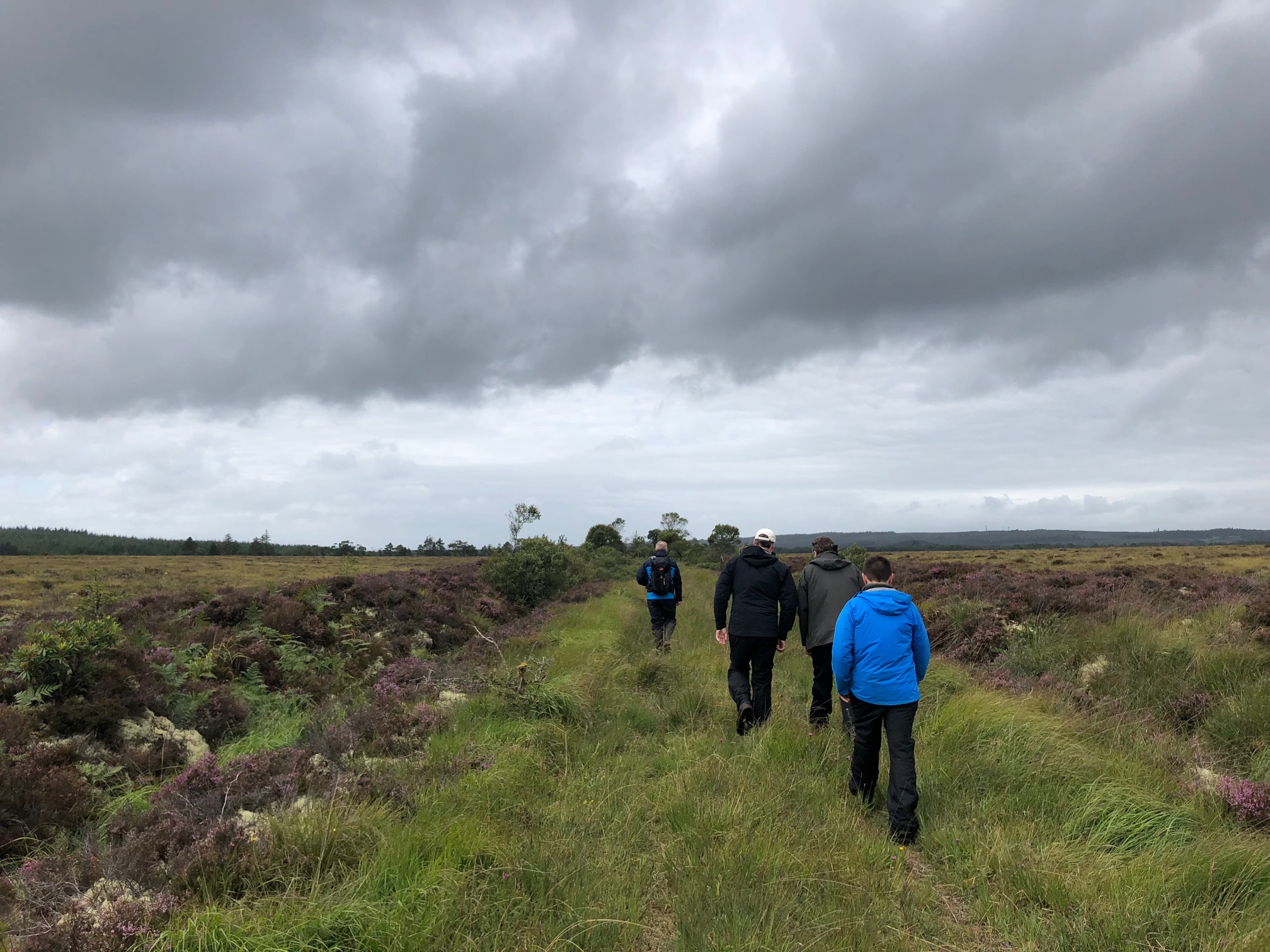 Coillte and the National Parks and Wildlife Service (NPWS), of the Department of Culture, Heritage and the Gaeltacht, hosted a Biodiversity Information Day in County Galway, to showcase raised bog restoration works on Coillte lands.

Members of the public, local community groups and other stakeholders heard first hand from Coillte and the NPWS about the works planned for raised bog at Aghrane, near Ballygar in Co. Galway.

The site is designated as Aughrim Bog NHA, and this work assists the fulfilment of commitments in the National Raised Bog Special Area of Conservation Management Plan 2017-2022, and consolidates restoration measures that formed part of Coillte’s two raised bog LIFE restoration projects.

The attendees heard about the importance of conserving raised bog habitat in Ireland, and the role that these special places play in protecting our wildlife and acting as carbon stores. Raised bogs continue to be under threat, both in Ireland and across Europe, highlighting the importance of these restoration works.

Since 2004, Coillte has restored more than 1,200 hectares of valuable raised bog habitat that had been affected by afforestation and or drainage during the 1960s and 1970s. For more information on these projects, see http://www.raisedbogrestoration.ie/.

Finally, the group were also introduced to Coillte’s BioClass project, a major new initiative that will improve the way Coillte map and record biodiversity areas on the Coillte estate.

Coillte is a commercial forestry company, owned by the State, that manages approximately 7% of the country’s land. Coillte operate three strong businesses from this land – their core forestry business, a wood panels manufacturing business MEDITE SMARTPLY and a land solutions business. Coillte export to over 30 countries worldwide and in the financial year 31 December 2017 generated EBITDA of €85.2 million. Coillte’s vision is to be the best forestry and land solutions company in Europe. To find out more visit www.coillte.ie